History of the Squad 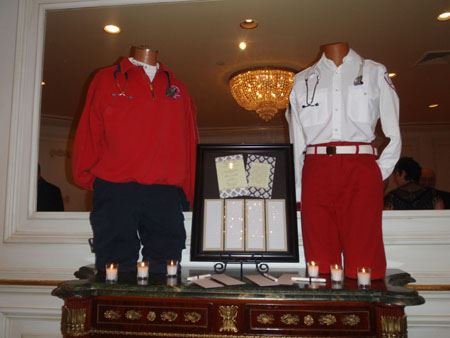 Since 1935, the Pompton Lakes First Aid Squad has responded to emergency calls and has demonstrated an unwavering dedication to the community. The Borough of Pompton Lakes acknowledges this wonderful corps of volunteers and honors both the past and present group of first responders.

As we journey through the years of service, the Pompton Lakes First Aid Squad, later serving the Borough of Riverdale, has grown and has fulfilled the dreams of concerned citizens to establish an ambulance service north of the Paterson area.

Anguish had grown for securing emergency treatment when an accident victim had to languish, sometimes for hours, until receiving medical treatment or transportation to a medical facility. At that time Paterson was the only means of transportation for northern New Jersey.

The formation of the first ambulance service in the Pompton Lakes area was initiated when a group of civic minded citizens began raising the funds for the purchase of an ambulance. The task of raising the $2,985.00 for an ambulance in the mid-1930’s was monumental. Two generous donations were made thus allowing for the purchase of the first ambulance. The Pompton Lakes First Aid Squad was formed and incorporated on June 10, 1935 and the ambulance was put into service on July 4, 1935.

In 1935, Joe Louis, a young unknown boxer just beginning his career, chose to train in Pompton Lakes, and in 1937 he became a world heavyweight boxing champion. He raised $2,000.00 in exhibition bouts and generously contributed to the purchase of the ambulance. Joe Louis quoted in a letter he wrote in 1980 reflecting on his fond memories of Pompton Lakes “that boxing exhibition was the first major charitable endeavor in my then-young career as a boxer and heavyweight champ.” He went on to say, “I am happy to have helped establish such a worthwhile, humanitarian organization which has flourished by their aid to mankind.” Louis was the squad’s first honorary member.

Business owner Elsie Kirkland of Vreeland and Kirkland Packard also contributed to the fund for an ambulance after her business partner was seriously injured when an automobile struck him and he waited for medical assistance for hours. A few days later he died from his injuries and Miss Kirkland recognized the need for quicker emergency response and assistance for Pompton Lakes and for the surrounding areas.

Squad members are certified as Emergency Medical Technicians (EMT) by the New Jersey State Department of Health and CPR certified. This certification requires 220-230 hours of classroom and hands on training. Ongoing training is then required to maintain the certification. All members are also trained as drivers.

An area of concern that was identified was the ability to respond to emergencies in crowds of people that may gather at events such as carnivals, parades or festivals where the streets have been closed. One of the members presented the concept of using a bicycle equipped with medical equipment such as a defibrillator, airway equipment and oxygen; thus the formation of the Bicycle EMS Team.


Over the years the vehicles have changed from the original 1935 Packard model to the current 2016 Ford F450 and 2018 E450 models with over thirty different models in between.

The uniforms of the squad members have transformed through the years to accommodate the safety and protection of the squad members. The original formal uniform consisted of on duty white jackets, white pants and ties for the men and white shirts, white skirts and red hats for the women. Later the on duty uniforms were changed to red pants with white shirts and then jumpsuits were incorporated to aid in quick responses. The present uniform attire is blue EMT pants with red shirts.

Another interesting fact was the heavy uniform wool blend coats were replaced with jackets that meet the current OSHA approved mandates for blood borne pathogens and ANSI highway traffic safety.

Today, the First Aid Squad responds to over 1400 calls per year and has dozens of active members. In one of our greatest achievements, a core group of members maintained operations throughout the COVID-19 pandemic.

The members of the squad continue to look for creative ways to enhance the emergency services they provide to the communities they serve.

Progress has brought change to the services provided by the Pompton Lakes-Riverdale First Aid Squad in the decades since its inception. EMTs work in conjunction with fire departments, paramedics from the local hospitals, medevac helicopters, local emergency rooms, and regional trauma centers to provide the best emergency care possible.

These dedicated members also provide community outreach programs to scouts and sport groups as well as march in parades, give tours of the building and ambulances, and hold special events.

The squad is always looking to recruit new members. Anyone interested in joining may visit our application page.